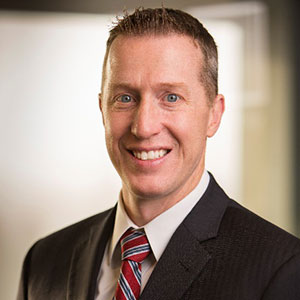 Michael joined AMAROK as Vice President of Sales and Marketing in 2016 where he was given the goal of turning a fledgling team into a high-powered sales and marketing machine. During his tenure, he has introduced a high-energy culture mixed with a strong data discipline to achieve record setting performances. In 2020, Selling Power Magazine named AMAROK, formerly known as Electric Guard Dog, as the “#1 Organization to Sell For” in the United States.

Michael came to AMAROK with 20+ years’ experience in leading sales teams to success. While at Valassis, a leader in intelligent media delivery, he served as Vice President of Sales, taking his product development and sales teams from $0 to $92MM in annual sales. He managed a diverse project portfolio, including new product development, CRM implementation, data and analytics programs, as well as sales leadership training.

Michael holds a BA in Communications/Public Relations from Michigan State University with formal sales training in both the Challenger and Requirements Based Selling methods. He is a native Midwesterner and avid runner, and recently relocated to the Columbia, SC area with his wife, son and daughter.

All sessions by Michael Dorrington

A View from the Eye of the Marketer – What They See and Do Everyday. Q&A to Follow!